As America’s fifth-generation civil war heats up, it has shown itself to be a war for hearts and minds on the informational battlefield that bleeds into the real world. Senator Bernie Sanders (I-VT) has realized something that many of his Democrat-Socialist colleagues have not in their zeal to ‘own the cons’: removing President Trump from Twitter was a serious strategic error. And now its’ too late, they’re about to lose their advantage permanently.

“In an interview on Tuesday with New York Times columnist Ezra Klein, Sanders stated that he didn’t feel “particularly comfortable” with the ban despite his view that Trump is “a racist, sexist, xenophobe, pathological liar, an authoritarian … a bad news guy.”

He stated “if you’re asking me do I feel particularly comfortable that the then president of the United States could not express his views on Twitter? I don’t feel comfortable about that.”

One of the most key strategic variables to controlling a battle’s outcome is the selection of the battlefield and therefore the terms of engagement. All of mainstream social media is indisputably the domain of the left. Yes, President Trump used them effectively, but as these big tech giants have proven, they own the turf and they make the rules. By allowing themselves and their more emotionally driven cohorts the luxury and conceit of a ‘feel-good’ but ultimately short-term victory in driving the President and many of his most ardent supporters off platform, the leftists have yielded one of the most valuable strategic assets: the choice of battlefield and ability to set terms.

Sanders has clearly realized two things. First, that President Trump and his followers would doubtlessly seek out, or create an online space where the Democrats’ long since co-opted silicon valley allies have no sway. And Second: that the social media big tech giants are fair weather friends who threaten to tread on the left just as easily. He especially noted the danger of this censorship and having a “handful of high tech people” acting as the gatekeepers of free speech in America.

“We have got to be thinking about, because if anybody who thinks yesterday it was Donald Trump who was banned and tomorrow it could be somebody else who has a very different point of view.”

All the while many Democrats have cheered and brayed with calls asking “what took so long” and since Facebook and Twitter have removed the President and his supporters “Why haven’t others?” Sen. Richard Blumenthal (D-CT.) chastised the Big Tech giants and said just that “The question isn’t why Facebook & Twitter acted, it’s what took so long & why haven’t others?” Sen. Mazie Hiron0 (D-HI) pushed Facebook and Twitter CEO’s Zuckerberg and Dorsey to move even further. She cemented that it is Big Tech that control the battlefield and not the Democrats. She asked, “What are both of you prepared to do regarding Donald Trump’s use of your platforms after he stops being president, will be still be deemed newsworthy and will he still be able to use your platforms to spread misinformation?”

Blumenthal and Hirono are fools. They can’t imagine the machine of social media ever being turned against them, but Sanders knows better: he’s been on the receiving end of it when the DNC machine was assimilated by the Clinton campaign and turned against him.

President Trump’s next move however, could be the master-stroke, providing a shelter to his battered, routed figurative ideological army. As Trump Campaign spokesman Jason Miller revealed,

“I do think that we’re going to see President Trump returning to social media in probably about two or three months here, with his own platform,” Miller said. “And this is something that I think will be the hottest ticket in social media, it’s going to completely redefine the game, and everybody is going to be waiting and watching to see what exactly President Trump does.

Trump later confirmed Miller’s statements in a Podcast appearance with Fox’s Lisa Boothe when he said,

“I’m doing things having to do with putting our own platform out there that you’ll be hearing about soon.”

“I’ll be telling you pretty soon”.

Soon the President will have gathered his troops (at least virtually) on a battlefield of his own making. One where he can let his enemy come to him and his troops will be fresh for the fight. It’s poetic that the man who brought us “The Art of the Deal” would employ “The Art of War” so beautifully. He knows the work well, after all he recommends it highly in “Trump 101: The Way to Success”. 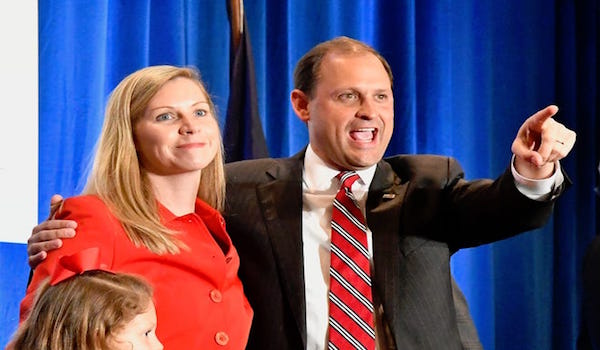