In the politically Earth-shattering recall of California Governor Gavin Newsom a whole new level of intrigue has developed with two extremely unlikely candidates entering the picture on the Republican side. First the confirmed entry of former Olympian Caitlyn Jenner and now even more unexpectedly, a tease at a run from actor Randy Quaid. Quaid took to Twitter April 27th stating that he is “seriously considering” running for Newsom’s gubernatorial seat, he further claimed his primary cause would be to fight prosecutorial corruption in the State and that he would work to “clean up” the District Attorney Offices throughout the state. If nothing else, the GOP Primary field is starting to get crowded and could do with some star power.

I’m seriously considering running for governor. The prosecutorial corruption in California (esp Santa Barbara & the Bell scandal) is rampant; and I promise that if elected I will clean up the District Attorney Offices throughout the state. #RandyQuaid4CAGOV

Many political neophytes have been quick to denounce Quaid’s raison d’etre, with one Hillary Clinton supporter (judging from their I’m with her logo) replying “What is it with (potential) candidates for CA governor not knowing the governor doesn’t have power over individually elected DAs?”

What is it with (potential) candidates for CA governor not knowing the governor doesn’t have power over individually elected DAs?

All statements like this do is highlight ignorance. Constitutionally the Governor is the highest law enforcement officer in the land, ultimately responsible to see that the laws are faithfully executed much like the President at the federal level, and yes, a Governor of ANY STATE can engage the State’s Attorney General (Or in Some Cases, Solicitor General) to launch investigations of lower District Attorneys, which they are constitutionally compelled to pursue or alternately resign. Furthermore, a sitting Governor with support from the legislature can request a State Senate inquiry into any lower DA as well. Just because a Governor doesn’t appoint District Attorneys doesn’t mean they lack the power to investigate them. Don’t get it twisted Twitter.

Quaid for all of his extensive legal troubles in the last decade has plenty of experience to base his greivances with District Attorneys specifically those in Santa Barbara as he mentions. However, aside from past legal issues he possesses fairly mainstream conservative views and even seemed supportive of Jenner’s announced run.

Quaid has been extremely critical of the Biden-Harris regime and China, and extremely supportive of the Trump administration which only intensified his rejection by the Hollywood elite.

Biden and his family have received millions from questionable China deals, yet he spends only a thousand dollars on candles to show us how much he cares about 500 thousand Americans killed by the China virus. It only shows what a useless, corrupt, negligent idiot he is.

There is a bevy of extremely harsh reportage about the 70 year old  veteran actor and his wife Evi, but given the deeply conservative nature of his politics and the extreme vitriolic hatred of the left, any stories on the couple need to be taken with a Morton’s Factory worth of Salt.

This is the greatest country in the world. The American citizens are the luckiest souls on earth! That makes us all targets. Under Trump’s protection we thrived. Biden’s cabal is destroying us AND the world.

But someone who is this consistently right, can’t possibly be as crazy as the media and the left would love to depict.

Biden and his family have received millions from questionable China deals, yet he spends only a thousand dollars on candles to show us how much he cares about 500 thousand Americans killed by the China virus. It only shows what a useless, corrupt, negligent idiot he is.

And even if he is that crazy, he could still be a reasonable improvement over Newsom’s objectively corrupt governance. After all, who better to know when the sewage needs to be pumped out than Cousin Eddie? 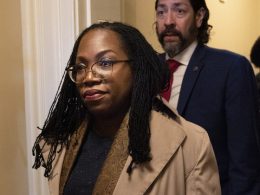 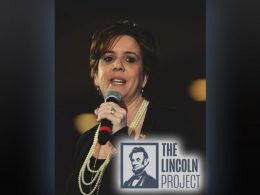 Trump’s Florida residence, Mar-A-Lago, has been raided by agents of The Federal Bureau of Investigation. Trump claims this…
byKasey Dean 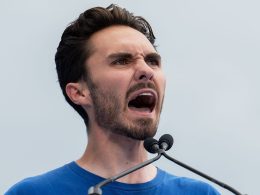