Look out, because something that we’ve become so accustomed to having on a daily basis might be ripped right from our hands, setting us back to a problem many third world countries possess. Under old Biden’s watch, America is going backward while the rest of the world is moving forward.

Welcome to Biden’s America, where everything is in shortage… For the first time in modern history, the Midwest is in immediate danger of experiencing rotating power blackouts during the upcoming summer.

This could have been prevented if we just have a better leader, not an old dementia-ridden president.

The cause of this concern? The high demands and the closure of regional power plants. In fact, this May, Entergy Corp. shuts down a nuclear power plant in Michigan after 50 years of operation.

More details of this report from Reuters:

The power grid in the Central United States could be forced to impose rotating blackouts on some of the hottest days of the summer due to rising demand and plant retirements, federal energy officials said in an online energy comment on Friday.

Extreme weather is causing increasing challenges for power grids across the United States, and officials are concerned that record heat and drought could result in rotating blackouts in several regions in the western half of the country.

In addition to the shutdown of coal and nuclear plants over the past year, the Midwest’s summer generating capacity is threatened by planned maintenance and forced outages, as well as seasonal factors like low wind conditions.

Rockstar Rittenhouse Got a Hero's Welcome

When Jonathan Turley talks about the Constitution, E.F. Hutton listens. He insists that prosecutors are going to have…
byMark Megahan 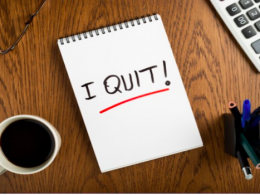