“Fight Like Hell”. This is the phrase spoken by President Trump that the Democrats have attempted to attack him with, charging that he incited the January 6th Capitol breach. However, it is a phrase that many Democrats have also uttered before, and a rather tame one when all of their various incitements since 2016 are considered. The Trump War Room on Twitter has released a series of quotes from Democrat impeachment managers using either the exact same or very similar phrases.

"Trump team fires back at Dems, claims they too have used ‘fight like hell’ rhetoric" https://t.co/UtoC0LHeSh

"I am ready to fight like hell to elect Joe Biden and Kamala Harris…" pic.twitter.com/9GcYHfdG2z

FLASHBACK: Rep. Jamie Raskin in 2017: “We’ve to wake up every day and fight like hell for liberal democracy, not just in Maryland, not just in the United States, but all over the world…”

FLASHBACK: Rep. Jamie Raskin in an interview with the Atlantic in 2019: “Let’s hope for the best, be prepared for the worst, and go fight like hell…”

The Official Twitter for the House Committee on the Judiciary, Republicans headed by Congressman Jim Jordan decided to add to the fun, pointing out Joe Biden’s use of the same phrase. But that’s fine when the Dems use it right?

The exposure of Dems’ blatant double-standard would be considered devastating under any other circumstances. But with a heavily compromised mainstream-media and the most polarized nation we’ve seen in a century it is unlikely that the Democrats will suffer any real blowback. You need look no further than the responses to these tweets to see why.  Here are just a few examples of leftist twitter apologists white-knighting for Rep. Raskin & Co.’s hypocrisy.

“Trump team attempts to convince people that apples are oranges.”,

“Lmk (let me know) when the democrats saying this lead to people over throwing the government”,

“You are comparing apples to nuclear bombs. Try harder”.

It’s truly sad to see how many people have sold their reasoning to the mob mentality and how cheaply they’ve given it. Victoria Taft of PJ Media and host of “The Adult in the Room Podcast With Victoria Taft” explained it very clearly,

“It turns out that words are only incendiary if Donald Trump says them.”

Lindsay Graham Makes EXPLOSIVE Announcement, and It's Not Good for Nancy

RINO Warns, If They Don't Convict Trump- RINO's Won't Have a Chance to Run the GOP 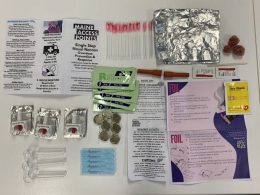