Some people just can’t accept a loss; Amber Heard has officially filed a “notice of intent to appeal” the verdict of the defamation trial with ex-husband Johnny Depp, which resulted in a judgment of  $10 million against Heard.

According to records obtained by the New York Post the 36-year-old actress’ legal team filed the document in Fairfax County, Virginia.

Earlier this year a jury found the actress had defamed Depp in an op-ed Heard penned in The Washington Post in 2018. The piece was about domestic violence and her experience with it.

The Daily Wire  reported previously that the jury awarded Depp  $15 million in monetary damages, though it was dropped to $10.35 million due to Virginia law.

“We believe the court made errors that prevented a just and fair verdict consistent with the First Amendment,” a spokesperson for the actress told People magazine Thursday. “We are therefore appealing the verdict. While we realize today’s filing will ignite the Twitter bonfires, there are steps we need to take to ensure both fairness and justice.”

A spokesperson for Depp responded to the appeal by telling The Post, “The jury listened to the extensive evidence presented during the six-week trial and came to a clear and unanimous verdict that the defendant herself defamed Mr. Depp in multiple instances.”

“We remain confident in our case and that this verdict will stand,” the statement added.

Heard’s request for a retrial was denied earlier this year. She claims an alleged juror error which the judge didn’t go for.

“There is no evidence of fraud or wrongdoing,” Virginia Judge Penney Azcarate, who presided over the trial, shared.

Her team had alleged, “In this case, it appears that Juror No. 15 was not, in fact, the same individual as listed on the jury panel. Ms. Heard’s due process was therefore compromised. Under these circumstances, a mistrial should be declared, and a new trial ordered.” 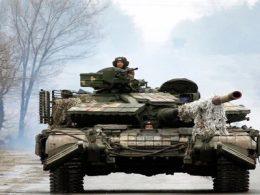 The Decisive Battle of the Donbass Begins

The largest set-piece battle seen in Europe since 1945 has begun, according to Ukrainian President Volodymyr Zelensky, who…
byStaff Editor 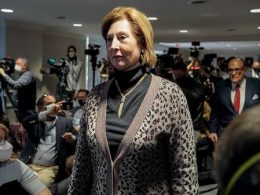 In another setback for Attorney Sidney Powell, a judge in Wisconsin has dismissed another “Kraken” lawsuit which sought…
bySandy Ravage 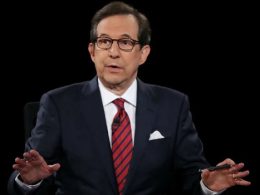 After Eighteen years of being the farthest left, establishmentarian voice on what was once considered the conservative counterbalance…
bySandy Ravage