Yesterday, President Donald J. Trump called it “The Most IMPORTANT Speech I have ever Made”. In a sign of our times, no networks interrupted their schedule, no programs were pre-empted, social media and the mainstream media began mocking the speech before it was even completed.

In the impassioned forty-six minute speech, the President implored the American people: “All you have to do is watch the hearings and see for yourself. The evidence is overwhelming. The fraud that we’ve collected in recent weeks is overwhelming, having to do with our election.”

Here are the highlights with citations supporting the President’s points:

“These are the actions of people who want to steal elections, who are willing to create fraud. The only conceivable reason why you would block common sense measures to verify legal eligibility for voting, is you are trying to encourage, enable, solicit, or carry out fraud.”

The President Laid Out the Fraud

“The only way to determine whether there was an honest vote is to conduct a full review of the envelopes in the relevant states. You will find that many of them, tens of thousands, have fraudulent signatures. A full forensic audit is required to ensure that only legal ballots from lawfully registered voters that were properly cast are included in the final count.”

“We already have the proof. We already have tens of thousands of ballots more than we need to overturn all of these states that we’re talking about. This is an election for the highest office in the greatest country in the history of the world. Every reasonable American should be able to agree, based on what we have already documented, that we need a systematic analysis of the mail-in ballots to review the envelopes. It’s about the signature. If they’re on the envelopes, we can only review the envelopes, and that will tell us everything.”

“The only ballots that should count in this election are those cast by eligible voters who are citizens of our country, residents of the states in which they voted, and who cast their ballots in a lawful manner before the legal deadline.”

The lengthy speech sent “Trump’s 46” trending on Twitter as leftists ignored everything the President said and applied their biases to his words. This is the skewed reality they saw.

CNN Refuses to Show Any Excerpts from Trump's 46-Minute, Lie-Filled Rant Against His Election Loss: 'Essentially a Propaganda Video' https://t.co/JFPxd7cx5T

On @Morning_Joe, @mikebarnicle calls Trump's 46-minute election denialism video a "mentally ill rant by the President of the United States" and wonders why GOP leaders are not intervening.

President Trump’s call for a “full forensic audit” was very similar to the hearings that took place in Gettysburg, Phoenix and Detroit. They were well reasoned, thoroughly cited and composed primarily of first-hand witness testimony in sworn affidavits under threat of perjury. But this speech, like the Trump campaign’s hearings has been largely dismissed by a fatally compromised mainstream media who are only too pleased to “Install Joe Biden”.

We can only hope that by using the power of the Internet despite the machinations of the Silicon Valley intelligentsia, President Trump was able to get his message to the American people and move them to action. As of publication President Trump’s speech has 5,052,775  Youtube views, 300.5K Likes and 117.8K retweets on Twitter and 288k Facebook shares and 8.6 million views. 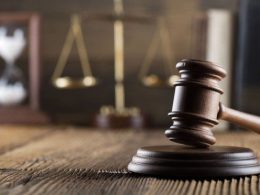 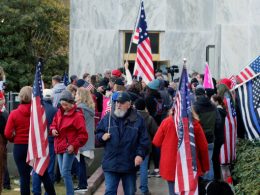 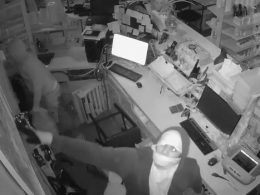 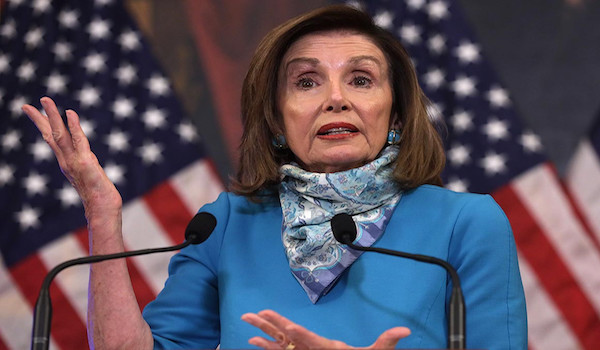 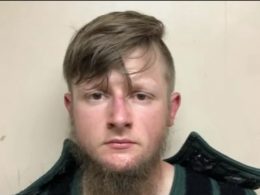 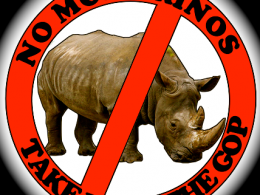 RINO Representative Peter Meijer of Michigan, one of the 10 “Republicans” who voted to impeach President Trump, may…
byAnastasia Boushee