House Speaker Nancy Pelosi has made a stock purchase that has raised more than just eyebrows and it now is stirring ethical and legal questions.

Pelosi Stock Purchase Under the Microscope

Looking into the Democrat politicians’ most recent financial disclosures have revealed her purchase of 25 Tesla call options. This was done with a $500 strike price with an expiration date of 3/12/2022. It shows payment between $500,00 and $1 million for the option.

PJ Media reports on the details and why this is important:

There were other purchases of AllianceBernstein Holdings, Apple, and Walt Disney on the disclosure, but the Tesla purchase is raising eyebrows, as Chris Katje of Yahoo! Finance noted, “as arguments could be made that the companies stand to benefit from new President Joe Biden’s agenda.”

Joe Biden Could Have Given Inside Info

On Monday, Joe Biden announced his “Buy American” executive order that includes a plan to replace the U.S. government’s fleet of cars and trucks with U.S.-assembled electric vehicles. Tesla, General Motors, and Nissan all produce electric vehicles in the United States.

Why is this important? The ethical issue surrounding members of Congress buying individual stocks is hardly new. Former Georgia Senator David Perdue was accused of unethical stock purchases while he was in Congress. He was, however, investigated and cleared of wrongdoing. Former Congressman Chris Collins (R-N.Y.), however, was sentenced to 26 months in prison for giving his son an illegal stock tip about an Australian biotech company’s failed drug trial before that information had been made public.

There is no solid proof at the moment that Pelosi broke the law, but knowing just how corrupt Democrats are, many wouldn’t put it past her.

Due to the Stop Trading on Congressional Knowledge Act, members of Congress and other government employees are prohibited from profiting off non-public information.

So many are wondering if Pelosi had knowledge of Joe Biden’s agenda to go to electric vehicles which is why she may have bought those particular stock purchases. 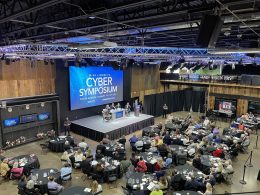 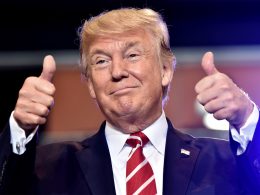 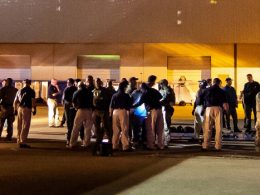