There’s no hiding it anymore, no matter how hard the leftist media tries: Joe Biden is deteriorating before our eyes. During his national address on January 13th, Biden launched into an incoherent rant, confusing millions of Americans as he stumbled over his words.

No one — not even Joe Biden himself — knows what he is trying to say anymore. While trying to talk about the Omicron variant and “the next steps we’re taking” during a live national address, the former vice president launched into yet another incoherent rant, babbling about literally nothing.

His rambling used to be funny, now it’s just sad, and frankly, embarrassing for the United States as a whole. Not having a competent leader makes the country the laughingstock of the world.

Townhall.com shared the video on Twitter, with a simple caption that sums up exactly what most Americans are thinking when they listen to the video: “???”

This is now elder abuse.

Another Twitter user seemed to agree with him, writing: “Biden may be a piece of human garbage, but his wife and family that are allowing this to go on just for the sake of status are committing the worst kind of elder abuse. F*cking disgraceful.”

Biden may be a piece of human garbage, but his wife and family that are allowing this to go on just for the sake of status are committing the worst kind of elder abuse. Fucking disgraceful. https://t.co/0NiM79lY5Q

Another Twitter user, referencing a recent Quinnipiac University poll in which 33% of Americans approved of Joe Biden’s handling of the presidency, wrote: “33% approve? Do they read at his level too?”

Another day, another Fox News anchor turning on their viewers. Laura Ingraham, host of ‘The Ingraham Angle,’ shared…
bySandy Ravage 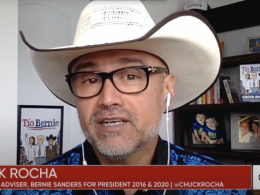 News broke on Friday of an absolutely horrible murder. A former University of Vermont student is dead at…
byAnthony Smith