Edgefield Country officials have reported that a South Carolina man has become the victim of karma when he was attempting to bury the body of his girlfriend whom he had strangled to death and experienced a fatal heart attack.

Edgefield County Sheriff Jody Rowland and Edgefield County Coroner David Burnett released a statement saying that police discovered the body of Joseph Anthony McKinnon, aged 60, in responding to “a call of an unresponsive man lying in his yard”. They shared that McKinnon’s body showed “no signs of trauma and natural causes were suspected.” However, next to the man was a second body “in a freshly dug pit,” who was McKinnon’s girlfriend, Patricia Ruth Dent, aged 65, who appeared to have died due to “foul play”.

Autopsies completed on both bodies confirm that Dent “died by strangulation,” while McKinnon’s cause of death was “a cardiac event.”

“Evidence gathered at the scene, along with statements from witnesses, aided investigators to build a timeline, leading us to believe that Mr. McKinnon attacked Ms. Dent while inside their home,” officials reported.

“Mr. McKinnon then bound her and wrapped her in trash bags before putting her in the previously dug pit. The pit was then partially filled in by Mr. McKinnon. While covering the pit, Mr. McKinnon had the cardiac event, causing his death.”

Video on the incident can be seen here:

He Snuck into Underage Girl's Room Before Murdering Her Father

A Show in the Top 3 Sports Podcasts that Doesn't Push Woke Nonsense... Finally

Video footage captured the moment a waterspout in Maryland left a trail of destruction after moving inland. Smith…
byStaff Editor 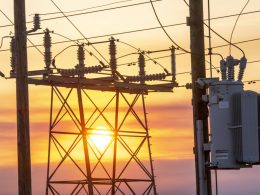 She Purchased a Meal for a Homeless Man, Then He Gave Her a Shocking Note…