Governor Abbott Sends a Special Delivery to This Democrat-Run City…

This action is in protest of what Abbott says is a lack of attention to the overwhelming border crisis.

Both Texas and Arizona have already been sending buses to two other prominent Democratic-run cities: Washington D.C. and New York City.

On Wednesday, Governor Abbott made an announcement of the buses’ arrival in Chicago.

There are videos circulating showing the migrants arriving in the major city in two buses.

First Texas bus of migrants has arrived in Chicago.

Biden’s inaction at our border puts Texans at risk & is overwhelming our communities.

We’ll continue bussing migrants to sanctuary cities like NYC, DC, & now Chicago until the federal gov’t does its job & secures the border. pic.twitter.com/RccsdIOXiI

The Office of Texas Governor Abbott released the following statement:

Governor Greg Abbott today announced the arrival of the first group of migrants bused to Chicago, Illinois from Texas. The migrants were dropped off at Union Station tonight. In addition to Washington, D.C. and New York City, Chicago will now be a drop-off location for the busing strategy as part of the Governor’s response to President Biden’s open border policies overwhelming border communities in Texas. “President Biden’s inaction at our southern border continues putting the lives of Texans—and Americans—at risk and is overwhelming our communities,” said Governor Abbott.

“To continue providing much-needed relief to our small, overrun border towns, Chicago will join fellow sanctuary cities Washington, D.C. and New York City as an additional drop-off location. Mayor Lightfoot loves to tout the responsibility of her city to welcome all regardless of legal status, and I look forward to seeing this responsibility in action as these migrants receive resources from a sanctuary city with the capacity to serve them.”

In April, Governor Abbott directed the Texas Division of Emergency Management to charter buses to transport migrants from Texas to Washington, D.C. Earlier this month, the Governor added New York City as second drop-off location. Since beginning this busing strategy in the spring, thousands of migrants have been transported to these sanctuary cities while providing much-needed relief to Texas’ overwhelmed border communities. With its “Welcoming City Ordinance” making it a sanctuary city, Chicago will not deny city services to individuals based on their immigration status. The city also does not require local police to cooperate with federal immigration authorities.

Governor Abbott hopes that busing migrants to Democrat-run cities will highlight the border crisis and lessen the burden placed on border cities.

Many of the migrant that had originally been stopped at the border have since been released on humanitarian parole or with notices to appear in immigration court.

Apparently, Mayor Lightfoot’s office has called the busing ‘racist’ and made a promise to welcome the migrants into the city.

NEWS: Today, the City of Chicago received confirmation that approximately 60 migrants were traveling to Chicago by way of Texas. Chicago is a welcoming city and as such has collaborated across various departments and agencies to ensure we greeted them with dignity and respect. pic.twitter.com/wJWEDtXLgZ

Both New York City and Washington D.C. have already begun to feel the pressure of the influx of migrants.

Washington Mayor Muriel Bowser (D) has sent repeated pleas to the Department of Defense for assistance, only to be denied.

IRS Stockpiles A LOT Of Ammo...Should We Be Worried?

Illinois Gov. J.B. Pritzker thought he had a winning ticket with the liberal horde. Last year, he signed…
byAnthony Smith 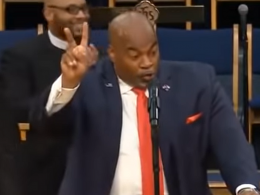 Greta Thunberg Has Changed — Not For The Better

The media darling of the climate change narrative Greta Thunberg, who was thrust into the media spotlight as…
byStaff Editor 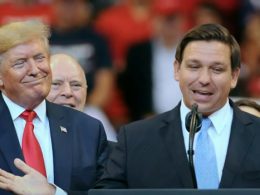