As voter fraud is ripping throughout the country, ballots are being found stolen and stashed in areas, such as Arizona, where President Trump was taking the lead.

A recent incident involves a farmer in Glendale, Arizona who found a secret stash of election ballots. The state is being intensely contested and is a major battleground state between President Donald Trump and Joe Biden.

Mainstream media, including Fox News, called Arizona for Biden long before the majority of the votes were tallied and showed the true dishonesty that is occurring in this election.

The Fake News media called the battleground state long before rural Trump-loving areas were even beginning to be counted.

To make matters worse, officials in Arizona provided voters with sharpies which ultimately ruined their ballots and #SharpieGate has been trending across social media.

Now federal authorities in the state are investigating after a stash of stolen voter packets were discovered by a farmer in a remote part of Glendale.

According to the state’s Attorney General’s office, “a worker at a farm located a stack of unopened mail-in ballots on Friday near the intersection of 99th and Glendale avenues and reported it to Glendale Police.”

The farmer Brayan Ruiz found a large pike of 18 election envelopes buried in a field “underneath some concrete and rocks.”

The officials posted on their Facebook page saying, “He did the right thing by returning the ballots trying to ensure everyone who wanted to vote early still could vote.”

Ruiz reports that he kept the ballots exactly how he found them and waited until the police arrived. They relate that “responding officers from the Glendale Police Department confirmed that 18 ballots were in the pile within envelopes that were still sealed.”

According to the Attorney General’s office, investigators found that most of the dumped ballots happened in other locations.

The ballots had been stolen one-by-one, from “individual mailboxes in a neighborhood just south of 107th and Northern avenues in Glendale.”

The day after the discovery which happened to be Halloween, local residents were shocked to get a bunch of early trick-or-treaters, receiving “unusual knocks at their door.” The police were handing them their ballot back. A Glendale police officer, accompanied by two attorney general’s special agents, “participated in delivering the ballots.”

The Glendale PD even posted a video of Ruiz explaining how he found the ballot stash, “as well as then delivering them to the registered voters.” They want to show complete transparency in an election where every single vote counts, right down to the wire. The voters had been wondering what happened to their packets. “Each resident said they were aware their early election ballots had not arrived. Some went in person to vote early, and others had not voted yet.”

Arizona is just one of the many states where blatant voter fraud has been shown to have occurred. 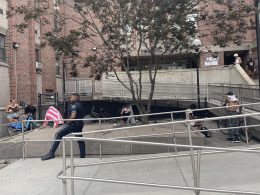 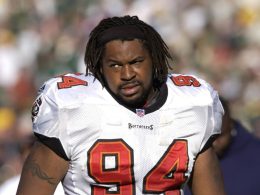 Steve White,  a former NFL defensive end, has died at the age of 48. During his career, White…
bySandy Ravage