An economics professor at John Hopkins University, Steve Hanke, has predicted that America will experience a “whopper” of a recession in 2023.

He claims this is due to manipulation of the money supply by the Federal Reserve.

In an interview with CNBC, Hanke noted that M2 which is a measure of the money supply that incorporates cash, checking deposits, savings, and other relatively liquid assets soared in 2020.

The rising assets were a result of the central bank’s actions before plateauing this year, as indicated by data from the Federal Reserve.

“The bottom line is we’re going to have stagflation — we’re going to have the inflation because of this excess that’s now coming into the system,” Hanke explained, arguing that Federal Reserve Chair Jerome Powell does not recognize that “inflation is always caused by excess growth in the money supply, turning the printing presses on.”

The Federal Reserve pegged a near-zero target interest rate to help the economy after the Covid lockdowns.

The Fed also began buying $120 billion in assets each month. These policies were intended to lower the cost of borrowing while increasing the amount of liquidity in the economy. Officials have since announced two consecutive interest rate hikes.

Hanke claims there has never been “sustained inflation” in modern history that has not been caused by a runaway money supply growth. “That is why we are having inflation now,” he continued, “and that’s why, by the way, we will continue to have inflation through 2023 going into probably 2024.”

The United States met the definition of a recession, which two consecutive quarters of negative growth, last month.

The economy shrank at a 1.5% annualized rate in the first quarter and contracted at a 0.6% pace in the second quarter.

During a speech last week  Powell vowed to continue executing policies that will return American inflation to the 2% benchmark that the country has largely maintained over the past three decades.

“Price stability is the responsibility of the Federal Reserve and serves as the bedrock of our economy,” he explained in his speech. “Without price stability, the economy does not work for anyone. In particular, without price stability, we will not achieve a sustained period of strong labor market conditions that benefit all. The burdens of high inflation fall heaviest on those who are least able to bear them.” 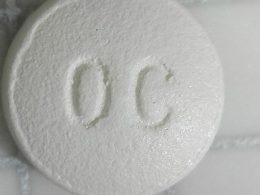 BREAKING: Reports have reached the U.S. of a terrorist attack, possibly from the Islamist militant group Boko Haram…
bySandy Ravage

Reggie Walton, a federal judge, has ordered the Department of Justice to get an answer directly from President…
bySandy Ravage 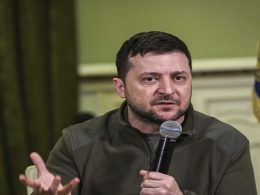 Ukrainian President Volodomyr Zelensky’s most recent statement is, like many of the addresses he has made since the…
byStaff Editor