As New York continues to crumble under failing Democratic leadership, the city just housed six homeless pedophile predators a block away from an elementary school playground at a luxury Upper West Side hotel.

Paroled Predators Given the Chance to Offend Again

The Manhattan neighborhood affected has seen an increase of problems related to homeless infestation including public urination and open drug use, the New York Post reports. The problem stems from the city moving in hundreds of homeless people to the area using COVID as the reason for doing so.

“Completely unacceptable,” said Sabina Popovic, 32, while at the playground with her daughter, 5, and son, 1, Friday.

The six convicted sexual predators include a man who raped a 4-year-old girl. As of Friday night, their residents listed by the Sex Offender Registry is the upscale Belleclaire hotel at Broadway and West 77th Street.

Just 1,000 feet away stands a playground and New York state law states that high-risk sex offenders on parole prevent them from “knowingly entering into or upon” schools or other facilities “primarily used” by children if a minor is present.

Courts have concluded that means they must stay at least 1,000 feet away from schools or facilities where minors are at.

The Coronavirus Used as a Political Tool Once Again

The six sex-offenders who are still on parole and, according to the sex offender registry, living at the Belleclaire as of Friday night are:

Devron Vernal, 26, a sexually violent offender convicted in 2015 of physically overpowering and having sex with a 4-year-old girl. He was sentenced to four years in prison and remains on parole until 2028.

Jonathan Evans, 29, a sexually violent offender convicted in 2010 for using threats to force intercourse on a 6-year-old boy. He was sentenced to five years prison and is not off of parole until 2025.

Anderson Stuckey, 51, is a sexually violent offender convicted in 2005 for using threats to rape a 10-year-old girl.

Orlando Velasco, 35, is a sexually violent offender convicted in 2011 of repeatedly sexually molesting a child who was under the age of 11. He was sentenced to 42 months of prison and is not off parole until 2022.

Ronald Butler, 62, is a predicate sex offender who was convicted in 2013 of rape in the third degree for repeatedly using physical force to overpower and have intercourse with a 16-year-old girl.

Rafael Medina, 37, was convicted in 2015 of forcibly sexually assaulting a 15-year-old girl in Fort Plain Village, in Montgomery County, NY. He was sentenced to three years prison and is on parole until 2023.

This is going to be such a huge structural change, we can’t really put our arms around it. Money is leaving the big cities – tax dollars with it…https://t.co/Ide8lm5Sj9 via @nypmetro

Where Will the Line Be Drawn?

Where is the line drawn at this point? It’s not drawn at housing pedophiles in luxury hotels just a few hundred feet from a children’s playground. A scary thought at what Democrat officials and politicians do consider inappropriate and going too far.

Pelosi is Holding Relief Package Hostage AGAIN, Until Her 'Demands' Are Met

Five-year-old Kamarie Holland was declared missing on Monday, Dec.13th from her Columbus, Georgia home when her mother woke…
bySandy Ravage

Donald Trump has lit the Washington, D.C. swamp on fire with a recent statement where the former president…
bySandy Ravage 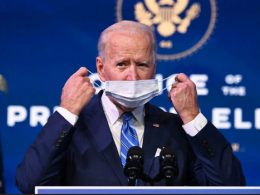