A dermatologist in California has been arrested after her husband provided police with “compelling” video evidence that she was poisoning him!

Fox News reported that Yue “Emily” Yu, a 45-year-old dermatologist was arrested this past week for allegedly poisoning her husband of 10 years, Jack Chen. Chen said his wife had abused him for years, but that the poisoning was the most recent incident, the New York Post reported on Friday.

“He became ill and his condition worsened over the past month and as a result of him examining his routine, he grew suspicious of his wife and placed a video camera in the home they shared and discovered evidence he believes supports the fact that she was poisoning him,” Irvine police Lt. Bill Bingham said in an interview with Fox News.

Bingham wouldn’t say how the husband was allegedly being poisoned but he did confirm that police found the video footage he provided “to be compelling.”

In court documents reviewed by the Post, Chen said that his wife allegedly added liquid Drano to his drinks at least three times last month. The documents also state that he started feeling seriously ill and began suspecting his wife. Chen installed a “nanny cam” in their kitchen due to his suspicions. The footage the post obtained was what was shared in court. The video allegedly shows Yu holding what appears to be a bottle of Drano and pouring the liquid into a cup which she gives to Chen and he drinks from it. The footage caught Yu pouring the liquid into Chen’s drinks on July 11 and 18. However, Chen said he had been feeling sick for months before that.

Chen also alleges that Yu, and her mother, were verbally, physically, and emotionally abusive to him and the couple’s two kids.

“When Emily gets frustrated and yells at the children, she’ll commonly use a Chinese phrase that translates to ‘go die!’ She also says to the children, ‘your head has a problem,’ ‘your head is sick,’ ‘go f–k yourself,’ ‘f–-ing idiot,’ ‘stupid a–hole,’ and ‘get the f–k out of my way,'” Chen said according to teh court documents obtained by the Post.

Chen was granted a temporary restraining order against his wife. Yu hasn’t been charged with any crimes as of yet. 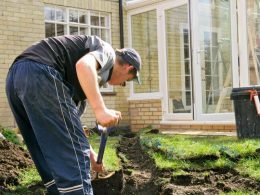 Joe Biden has been in office for less than a week, yet he has already been caught in…
bySandy Ravage 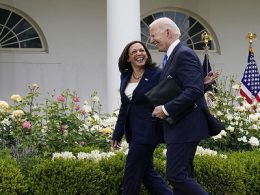