Dismal ratings for CNN have continued to freefall under new President Chris Licht, who took over in February after scandalized Jeff Zucker fell from grace. According to RadarOnline Licht, is the former executive producer at MSNBC and also worked at CBS News, is reportedly aiming to shore up the morning roster with MSNBC’s Joe Scarborough and Mika Brzezinski.

“When CBS hired Chris, he wanted to hire Joe and Mika to head up his morning show instead of Gayle King,” a source told the outlet. “Joe and Mika were into it, but they couldn’t get out of their deal with NBC. Now Chris is pulling the same trick again as he starts his new job at CNN hoping this time, he will be able to pull it off.”

Former republican congressman, who has become a Leftist activist, Scarboroughand  and Brzezinski, the daughter of President Carter’s national security adviser, Zbigniew Brzezinski, have co-hosted since 2007. They married in 2018 after each divorced their respective spouses.

Although “Fox & Friends” draws the ratings of “Morning Joe,” which airs from 6 a.m. to 10 a.m. ET, is considered influential among  the elite group of Beltway liberals.

Due to public divorce records Scarborough reportedly earned $5 million per year but salary from the NBC network is undisclosed for the morning show anchoring couple.

A source told RadarOnline that getting the duo away from MSNBC won’t be easy.

“It is unlikely MSNBC will let them out of their contract, but Chris is a patient man,” the source said.

Licht was appointed to his new position at CNN in February. This after longtime chief Jeff Zucker scandalized the world when he was ousted for hiding an affair with a woman he hired and repeatedly promoted. Zucker and his mistress were also accused of scheming with then-Governor Andrew Cuomo (D-NY) to glorify his image as a leader during the COVID pandemic. These plans backfired when Cuomo’s brother, also a CNN anchor, Chris Cuomo became entangled in his brother’s sexual harassment scandal.

Wanting to revamp the network, Licht has signaled that he wants to get rid of its most hyper-partisan, liberal talent. Pressure, believed to be coming from John Malone, is to get CNN back to its roots as a bastion of straight news. Malone is a key shareholder in CNN’s parent company.

“We will reimagine our morning show leveraging our correspondents and unmatched resources in the U.S. and around the world to provide news that viewers need to know as they start their day,” Licht said in a statement.

Over twelve hours before the official release of the Arizona State Senate’s Forensic Audit of the 2020 Election,…
bySandy Ravage 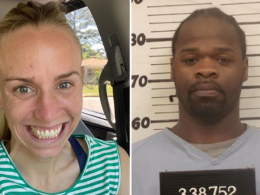 Video: Bus Driver Does NOTHING to Protect Child From Assault

A viral video shows a little boy begging his bus driver to let him stay on the bus.…
byStaff Editor