The NAACP is going after a shooting club in New Jersey. This is amid claims that the club’s billboard depicting a kneeling soldier is racist, but the owner is taking a stand.

One gun range owner in southern New Jersey decided to put up a billboard that says, “The only time we take a knee.” This to combat the NFL players protesting the national anthem.

The billboard also displayed a picture of a person all in black holding a rifle. Of Course, liberals in the area are highly upset over its appearance to mock NFL players who chose to take a knee to fight police brutality and racial inequality. Some people even called the gun range video racist.

Activists from the local NAACP chapter in Camden, N.J., are calling for protests against the company. They are demanding that Aducat remove the billboard. NAACP member Keith Benson Sr. has encouraged people to call and complain.

This photo was originally posted by MoNeke Ragsdale who snapped a picture of the billboard and turned to Twitter to “expose” Aducat’s “racist” sign.

“Please call! This billboard on Rt. 73 in Voorhees. Tell them this billboard is racist. Taking a knee is a protest to say NO to police brutality. The women of SJWPC are taking a knee to support black and brown people.Take it down!The Manager is Carmen Console: 609-704-9500.” Ragsdale posted a picture of one of the billboards on Twitter.

The Facebook page of the shooting range, however, has garnered a significant amount of supportive comments.

“If I lived closer I’d sure patronize your business. LOVE the billboards, keep them up!!!” wrote one person. “Love the billboards! Ignore the haters, they probably can’t legally own guns anyway,” said another. Added one: “I support you – LEAVE THE BILLBOARD UP.”

Watch the video report below

The Way She Punished Her Daughter For Not Doing Her Homework Is Positively Criminal....

Officers Visit Restaurant After Exhausting Shift and Get This Heartwarming Surprise

Lately, the media has been full of stories showing nasty messages to waitresses for whatever reason, many stories…
byStaff Editor 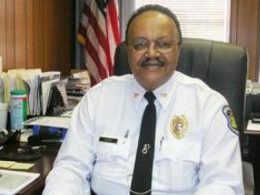 After A Republican Congressman Got Done With Her, AOC Absolutely Exploded…