Dancing With the Stars pro dancer Lindsay Arnold recently posted some pictures of herself in a bikini on Instagram.

And while she looks absolutely stunning, many people are criticizing her post and accusing her of digitally removing her surgery scar. 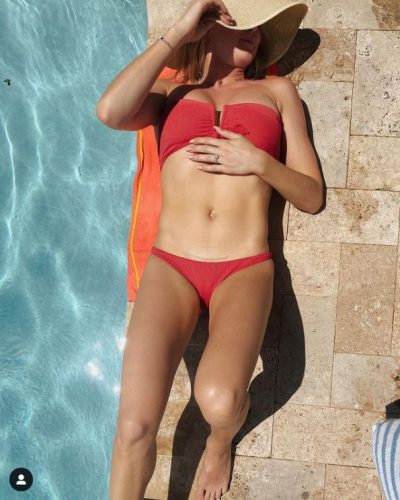 Back in November 2020, Arnold gave birth to her daughter via C-Section and hasn’t stopped posting pictures and videos of herself since.

However, sadly, the dancing star is getting backlash from followers over her post-surgery scar, claiming that she is digitally removing them from pictures.

In response, Arnold went on Instagram to explain her C-Section scar and the importance it holds for her:

“C-Section Scar: there has been some speculation on my last couple posts about whether or not I have been photoshopping my scar out of my pictures… now I usually don’t even give time of day to comments like this BUT I feel like this needs to be addressed as it’s important to me that you all know that my c-section scar is now my favorite part of my body. It is the representation of the thing I am most proud of in my life and that is our sweet Sagey I seriously want to show my scar to everyone I see cause I think it’s so insane and crazy cool that Sage came out of that little cut in my belly?! I mean come on how incredible is that?!”

“I seriously want to show my scar to everyone I see cause I think it’s so insane and crazy cool that Sage came out of that little cut in my belly?! I mean, come on, how incredible is that?! What’s also incredible are amazing doctors that make it possible to do a c-section and have the scar be so low it is not even visible in a bikini (I had to pull my suit down low for this) which is why you all are not seeing it in my pics. I would never and have never photoshopped any part of my body and wanted a dedicated post to my beautiful scar that I truly love so much.”

AWM reported that the post went viral, with more than 102,000 likes.

She concluded her response by stating:

“So hahaha for those who care or even read this far, no, I am not photoshopping my scar out of anything, and in case anyone forgot, WOMEN’S BODIES ARE INCREDIBLE.” 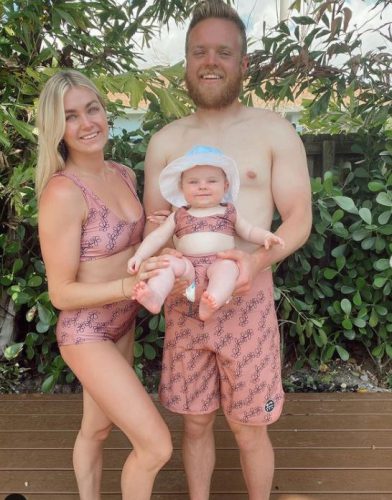 Arnold also posted another picture of herself in a bikini that shows off her scar, as she feels that her body deserves to be celebrated for all it can do and has done.

Blondes always get all the headlines, so we wanted to give a quick shoutout to the brunette bombshells…
byAnthony Smith 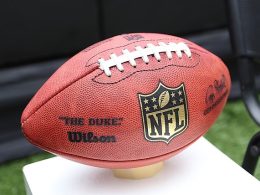 Companies across the United States fight to maintain a good reputation, as it can be the way they…
byKasey Dean 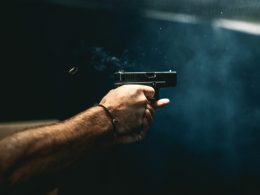 Beauty Queens Sued Pageant For Picking Contestants Based On Their Beauty…

The Biden administration is revising history. In this specific press conference they attempted to blame the Trump administration…
byStaff Editor

Subway Attack Leaves This Man with a Knife in His Back