RINOs are trampling over each other in a lemming stampede to kiss Joe Biden’s bottom and declare undying loyalty to George Soros. They don’t fear hurtling over a political cliff because November proved, once and for all, that elections are merely a formality to keep up the appearance of legitimacy.

RINOs out of the closet

Arizona Governor Doug Ducey was afraid to face his constituents, so issued a statement through his office. The Republican in Name Only already packed his bags for a trip to Washington.

He’s managed to score an invitation to the big New World Order coronation ceremony where Joe Biden will be appointed leader of what used to be the United States. A whole herd of RINOs came out of the closet in the past week.

RINOs are about to join the DINOs in extinction. Republican and Democrat labels are a thing of the past. We the People had a Republic. We liked it, but we couldn’t keep it. From here on in, there’s only one party, Globalist. Welcome to the “post-Constitutional” era of wide open borders and free stuff for everyone. Snowflakes need never fear being triggered by a Trump Supporter ever again.

Double crossing Doug Ducey will jet to the District of Columbia next week to attend the ceremony officially declaring the Constitution a thing of the past.

Ducey has no problem sending Twitter messages. He’s already proven himself loyal to the Open Societies Foundation, so has no fear of censorship. Only conservative voices get silenced. “Biden is assuming office at a critical time in our nation’s history, and I wish him well.”

Disgusted conservatives are vomiting. RINOs like Ducey, Jeff Flake, and Martha McSally have given a black eye to a state which was once a stronghold of American liberty. The only freedom in North America now is the freedom to do as you are told.

Even though they have the Pentagon on their side, the Deep State forces of darkness are nervous about all the armed deplorable patriots gathering in the capitols of every state, and especially at the Nation’s capitol of DC. Ducey jumped on the propaganda bandwagon with the impeachment backing RINOs to beg for a “peaceful” transition of power.

Face facts, he insists, you lost, its all over and if you don’t shut up now, you’ll soon be sent to FEMA camp. “It doesn’t matter who you supported in the election,” he tapped out. “once the election is over, we put country before party.” Whether the votes are legitimate or not.

With somewhere around 75 million people who used to call themselves Americans questioning the integrity of the election, Ducey speaks for his fellow RINOs to say “get over it.”

“Never has it been more important than right now to observe these traditions for the whole world to see.” Well, not the whole world, just the New World Order to see. They’re the ones to decide who gets shipped to camp.

Ducey is hoping for a few good photo-ops so that George Soros will see how hard he’s working with fellow RINOs to stomp out those pesky “patriots.” C’mon guys, get with the program. It’s “a critical time in our nation’s history.” Without saying a word about the thousands of expected deplorables, the official word is that “the ceremony will be scaled back due to the ongoing COVID-19 pandemic.” 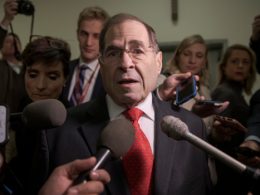 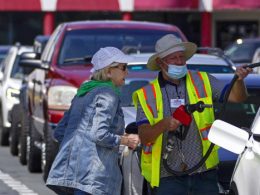