In a historic win, an Oklahoma Democrat was elected to the state’s legislature and becomes the first Muslim in the Oklahoma Legislature and the first nonbinary legislator in the United States.

Mauree Turner, 27, is a progressive community organizer who beat out incumbent Rep. Jason Dunnington in House District 88. She then defeated Republican candidate Kelly Barlean by 71% of the vote.

“For me, this means a lot,” she said. “I have lived my whole life in the margins.”

As radical ideologies and progressivism seep deeper into American culture, conservatives are concerned that the GOP is losing ground quickly.

Turner labels herself as nonbinary which is defined as having a gender identity that’s neither masculine nor feminine. According to LGBTQ Victory Fund, the Muslim is the first nonbinary person to be elected to a state legislature.

Her radical views can be seen on the platforms she ran on. According to her website, the Muslim congressperson-elect wants to focus on criminal justice reform, health care access and public education.

“In elementary school, if she was missing class it was because she was at an HIV/AIDS Awareness or LGBTQ+ advocacy conference with her mother.”

The Real Work is What the GOP is Afraid Of

“I have a lot of feelings about tonight,” said Turner in a Twitter post on Tuesday night. “But overall, I’m grateful for HD88 granting me this opportunity.” She posted the tweet with an image saying, “The real work begins. The future is now.”

Turner is not the first Muslim and radical progressive elected into the legislature and it appears that she certainly won’t be the last if things keep going at the rate they are. 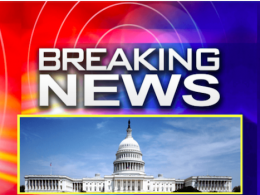