The Maricopa County Board of Supervisors is finally being held accountable for its illegal actions, as Arizona’s attorney general has notified them that they need to follow the law or face the consequences.

The Board of Supervisors in Maricopa County have refused to comply with subpoenas from the Arizona state Senate, despite the fact that a court ordered them to do so. Back in February of 2021, Maricopa County Superior Court Judge Timothy Thomason ruled that the Arizona Senate had the right to subpoena access to Maricopa County’s 2.1 million ballots from 2020, as well as the voting equipment.

According to reporting from The Daily Wire:

“A judge ruled Friday [February 26, 2021] that Arizona Senate Republicans can have access to Maricopa County’s 2.1 million ballots from the 2020 general election and corresponding voting equipment to perform an audit…

Senate Republicans and the GOP-dominated Maricopa County Board of Supervisors disagreed about the accessibility of the ballots; the Senate wanted to perform an audit to address election integrity concerns from constituents, whereas the board argued the ballots, by law, were to be kept secret for 24 months following the election. The judge scolded the parties for failing to come to an agreement on their own but sided with the Senate, suggesting the law in question does not conflict with the subpoenas.”

Since the ruling, the Maricopa County Board of Supervisors have continued to obstruct, coming up with new and increasingly ridiculous excuses. Now, they are about to face the consequences of that stonewalling.

“Our office just notified the Maricopa County Board of Supervisors that it is in violation of state law for failing to comply with AZ Senate’s subpoena. The County has 30 days to change course or lose state-shared funds. The rule of law must be followed,” wrote Brnovich.

Our office just notified the Maricopa County Board of Supervisors that it is in violation of state law for failing to comply with AZ Senate’s subpoena. The County has 30 days to change course or lose state-shared funds. The rule of law must be followed.https://t.co/IpJwWZmLxX

Dr. Kelli Ward, Chairwoman of the Arizona Republican Party, also spoke out about the attorney general’s decision in her latest audit update.

🚨Breaking🚨 AZ AG Brnovich announced that his office has determined that the Maricopa County Board of Supervisors is in direct violation of State Law by failing to comply with the AZ Senate's subpoenas related to the 2020 election audit.#AmericasAudit #ArizonaAudit @Kelliwardaz pic.twitter.com/i0edN00OSN 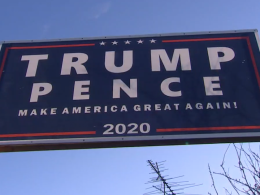 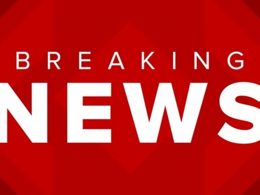 After being found guilty of corruption and influence peddling on the morning of March 1, a former president…
byAnastasia Boushee