The Biden administration has ignored federal immigration law and now they are answering for it legally, as per an appointed judge by President Donald Trump.

The lawsuit by Attorney General Ashley Moody is demanding the Biden administration to issue the required charging documents to arriving migrants and begin removal proceedings.

It is under federal law for arriving immigrants to be detained until immigration courts evaluate and determine whether they possess a legal basis which with to enter the United States.

Just this year alone, over 225,000 immigrants were released by US Customs and Border Protection after attempting to cross the southern border.

During a press conference, DeSantis said:

“Since President Biden took office—which has been less than one year—the Border Patrol has released nearly a quarter-million illegal aliens into the United States, This executive order makes it clear that Florida resources will not be used to prop up the failed open border agenda enacted by this administration. Attorney General Ashley Moody has also filed a lawsuit against the Biden administration challenging its policy of catching and releasing the staggering number of illegal aliens apprehended at the border into the United States. We will continue to hold the federal government accountable for refusing to enforce the immigration laws of this country.”

CBP reports detailed that Border Patrol released 17 migrants into the country during December 2020, which then jumped to more than 40,000 in only one month during August 2021.

“The Biden administration’s brazen disregard for federal immigration law is jeopardizing the safety and security of our state and nation, all while costing Florida taxpayers,” said Moody.

“Biden’s lax border policy is an open invitation to dangerous criminals, human traffickers and drug traffickers to enter the United States—creating a crisis at the Southern Border like we have never seen. Because Biden is not requiring those crossing the border to go through the legally mandated channels, they are coming into our country without being properly processed.”

The Biden administration argues that its reaction to the border crisis comes as a result of a “lack of resources and detention capacity to process the increase of migrants coming at the border,” according to Moody’s lawsuit.

The lawsuit alleges that the Biden administration has violated immigration laws through policies that have led to people being released from detention after crossing the U.S. border with Mexico. Also, it alleges that the releases affect Florida because of issues such as increased education, healthcare, and criminal-justice costs.

Justice Department attorneys raised a series of arguments in seeking dismissal of the case, including disputing a Florida contention that the Biden administration has a “non-detention” policy.

Moody stated that the Biden administration is purposely doing away with measures like the Migrant Protection Protocols, also known as the wait in Mexico policy, that increase detention capacity.

“The federal government cannot simply ignore federal laws because it does not agree with them politically,” Moody said. “The Biden administration must implement the immigration policy required under federal law and we are asking the court to take swift action to reduce the harm caused by Biden’s inaction.”

Former DHS Secretary Chad Wolf expressed an increasingly level of worry over the Biden administration’s border enforcement policies, which are clearly much more permissive than those of former President Donald Trump, over the weekend, the conservative reports.

I’m very concerned, not only for the American people, but also for Border Patrol, who continues to be in a crisis now for 15 months, and they have no end in sight…at the end of the day, this administration doesn’t appear to want to actually solve this problem of this illegal behavior.

There’s no deterrent in any of the policies or processes that they are currently undertaking in responding to, Instead, they put out a six-point pillar plan to deal with Title 42 going away, and it’s simply processing more and more individuals into the country…until we get serious about making sure that we hold people accountable for breaking the law and removing individuals very quickly back to their home countries, that don’t have a legal right to be here…unfortunately, you’re going to continue to see historic numbers. We’re going to have historic numbers in April, and we certainly will have them in May as well.”

“The Chinese Communist Party is in business with the major cartels down in Mexico to flood our country with fentanyl, and they’re killing our kids. We cannot afford to lift Title 42,”

The Chinese Communist Party is in business with the major cartels down in Mexico to flood our country with fentanyl, and they’re killing our kids.

We cannot afford to lift Title 42.

She Just Became a Record Breaking Monarch All Thanks To...

Far-left leaning Time Magazine admitted that the election was “rigged” against everything Donald Trump stood for. Democrats are…
byStaff Editor 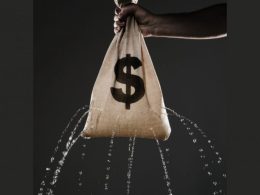 This election was slated for big things for the Republican Party. We were going to take back the…
byStaff Editor

Senator Ted Cruz Re-Introduces the “Muslim Brotherhood Terrorist Designation Act”, a bill that will stop the terrorists of…
bySandy Ravage